I realize it is unfashionable to say so, but sometimes my personal ambitions have to wait. While society encourages immediate self-actualization, nature provides a different sort of wisdom.

Last year I wanted to plant blueberries. I bought a soil test kit and discovered that our garden soil pH was too high. Experts said the only way to satisfactorily lower the pH was to introduce sulfur pellets into the soil and let microbes digest it. This would take a good year. I felt crestfallen. Wasn’t there a faster way? A microwave solution, ten seconds and *ding!* you’re done? No, said the experts, there wasn’t. At least not if I wanted healthy plants and a good crop. The only thing that would improve my soil was time.

It has been a year since I’ve written much. Last April, Josiah came into the world kicking and screaming to join Oliver who was entering his terrible twos. It took several exhausting weeks of tantrums and tears–only some of them the boys’–before I realized that my book manuscript and blogging had to stop. I hoped the hiatus would last a few months. A writer, after all, is what I fancy myself.

Three months of poopy diapers, spit-up, and time-outs turned into six months which turned into ten, and I realized that I was unready to write again. My family needed me in ways that regular writing prevented. It hurt to give up my dreams. I felt in some small way that I was dying. 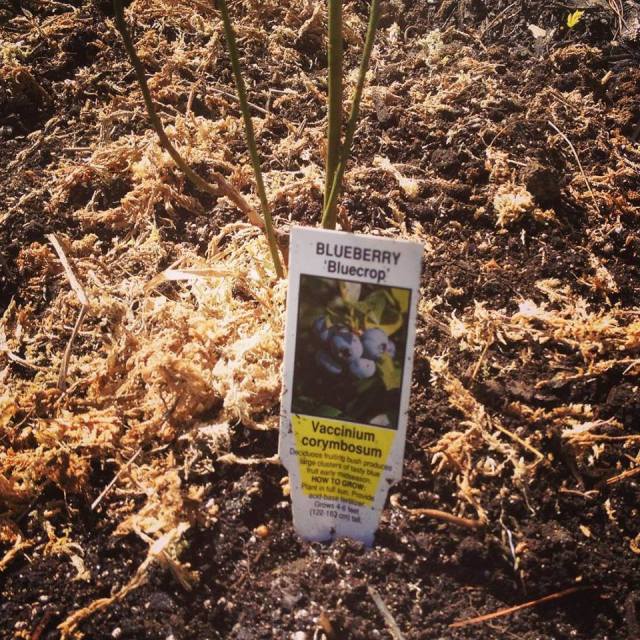 Two weeks ago I planted blueberry bushes in our garden. They leafed out nicely, small roots digging deep into the soil they love. A year that appeared idle was all the time working hard beneath the surface to transform unfit dirt into healthy soil. Another year or two should bring a good crop. It doesn’t seem so far away. I doubt any other blueberries will taste so sweet.

Today, I look at those tiny plants and smile. My own heart has changed, too. More fit, I hope, as a place where words and ideas can find nurture to leaf out and produce a good harvest. A year of learning to live behind the scenes, hands folding laundry or up to the elbows in dirty dishes, a mind scattered between two small lives and the incessant clamor of need. Somewhere in the middle of this chaos life has sprung up. It’s hard to tell exactly how it happened or when. The soil remains unseen. There’s only one way to test it.

2 thoughts on “The Gift of Waiting”